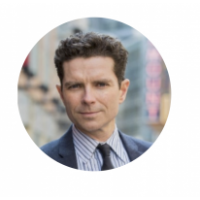 Timothy Reardon has worked at MAPC since 2003. He has over fifteen years of experience in regional planning, with a focus on using analysis and technology to support public engagement and informed decision-making.

In addition to directing the overall work of the Data Services Department, Mr. Reardon leads the department's Research team. His projects include integrated transportation and land use planning, scenario modeling for municipalities and development sites, socioeconomic projections, development of new datasets, policy-oriented technical analysis, and creation of local and regional indicators. He helped to pioneer the use of technology and decision support tools at MAPC such as wireless keypads, interactive websites, and online data collection methods.

Mr. Reardon had a leading role in the technical analysis, public engagement, communications, and implementation strategy components of the MetroFuture project, MAPC’s long range regional growth plan. This included detailed land use projections for 164 municipalities and creation of an interactive regional land use model. His contributions to local and regional planning efforts include buildout studies, housing displacement risk assessment, spatial analysis, and quantitative assessment of alternative zoning or land use scenarios. His current research initiatives include development of a Vehicle Census with location and mileage data for every automobile in Massachusetts; adoption of an agent-based land use allocation model for the region; development of new screening methods to identify high-priority sites for state infrastructure investments; creation of a one-stop housing data portal for Massachusetts municipalities; and a collection of MAPC’s “Most Wanted” datasets, including updated zoning data and sewer service areas. He served as the coordinator for MAPC’s South Shore Subregion from 2006 – 2010.

Mr. Reardon wrote and produced the Massachusetts Low Impact Development Toolkit, which won an Outstanding Planning Project Award from the Massachusetts Chapter of the American Planning Association in 2005. He received MAPC’s Robert Davidson Staff Recognition Award in 2008. He has served as an expert advisor to the U.S. Environmental Protection Agency's Sustainable Communities Typology research program; and to the University of Pennsylvania Institute for Urban Research Sustainable Communities Indicator Catalog research initiative.

Past Experience: Previously, Mr. Reardon worked at Planners Collaborative in Boston where he was a Planner and project manager for local and regional planning projects in New England, and also as an environmental scientist at Earth Tech, Inc.

Education and Professional Affiliations: Mr. Reardon earned a Master in City Planning from the Massachusetts Institute of Technology, where his research focused on the influence of Title 5 septic regulations on housing development patterns. He has a Bachelor of Arts in Biology and Geology.