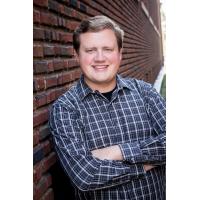 Noah Urban is the Co-Executive Director at Data Driven Detroit.  Prior to joining the D3 team, he spent two and a half years at Wayne State University working as a Graduate Research Assistant and Research Technician, during which time he coordinated the writing and editing of a comprehensive self-study report that resulted in the successful re-accreditation of the Master of Urban Planning degree.  Noah has a particular interest in transportation policy, and worked with the Detroit Department of Transportation on the Woodward Light Rail initiative.  He also collaborated with the Detroit Metro Convention and Visitors Bureau on a feasibility study that paved the way for a shared-ride shuttle service between Detroit Metro Airport and downtown Detroit Hotels.  At D3, he manages projects, provides mapping and GIS support, manages the staff blog, coordinates the summer internship program, and develops and processes both spatial and non-spatial datasets.  Noah has a Master of Urban Planning Degree from Wayne State University and a Bachelor of Arts in International Relations from James Madison College at Michigan State University.