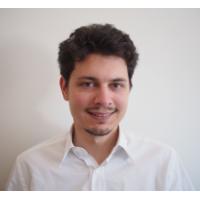 Mr. Abraham is the Executive Director of DataHaven, a public service non-profit organization that partners with local and state government, academic and health care institutions, and community organizations to collect, share, and interpret public information about Greater New Haven and Connecticut. As the Executive Director, Mark has published cross-sector reports such as the Greater New Haven Community Index, served on several community-engaged research committees, and created the Connecticut Wellbeing Survey program that is collecting regional- and neighborhood-level information about community satisfaction, civic life, health, economic security, and the environment. From 2014 to 2017, Mark is serving as a Fellow of the W.K. Kellogg Foundation in Battle Creek, Michigan, as part of a national cohort focused on Racial Equity. Mark graduated with honors from Yale University, and previously worked as a planner for the New York City 2012 Summer Olympic Games Bid Committee. Mark is engaged in the New Haven community where he lives, serving as a Historic District Commissioner and as a Board Member of Elm City Cycling, and receiving the New Haven Environmental Justice Network's Annual Award in 2008 for coordinating the New Haven Safe Streets Coalition. In 2014, Mark was honored with an "Impact Award" from the international Community Indicators Consortium. Mark's professional work and interest in sharing information about cities has led him to attract over 40,000 followers to his personal Twitter account, @urbandata.