Income Changes in Metro Atlanta: Meandering Through the Research


While Per Capita Income in the Atlanta area has risen steadily over the past four decades, the Great Recession took a mighty toll on the trajectory of growth. Fortunes of entire neighborhoods have flipped dramatically, where some of the wealthiest neighborhoods back in 1970 are today among some of the poorest. This is but one of the topics explored in the latest Regional Snapshot. Other key findings include: 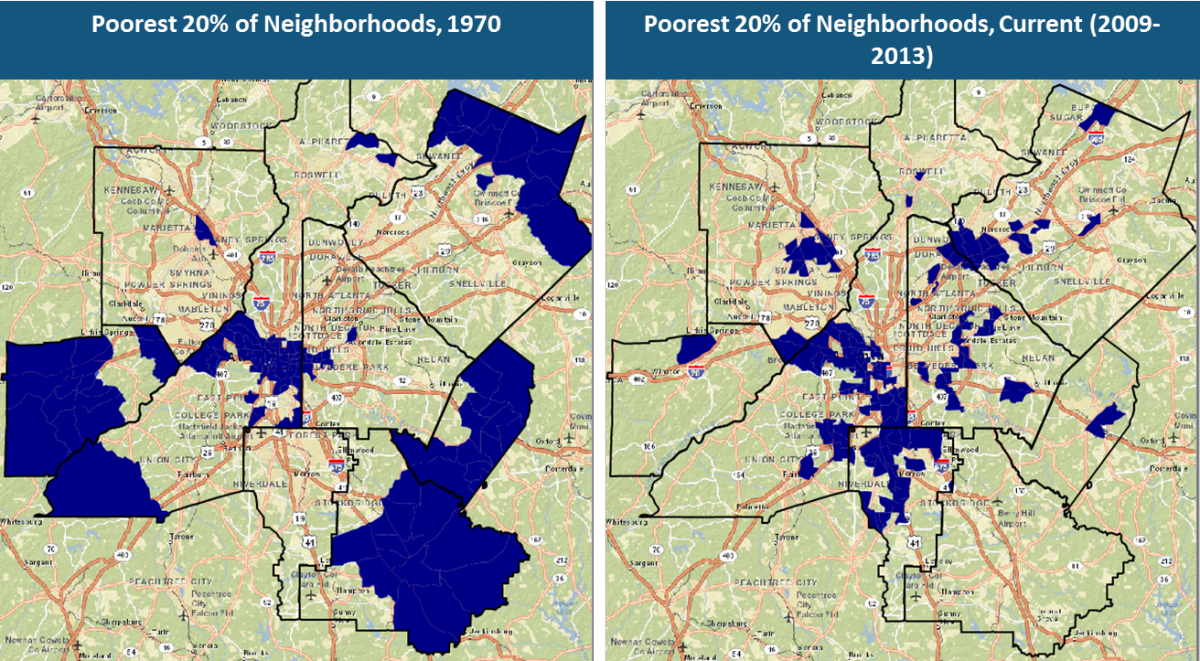