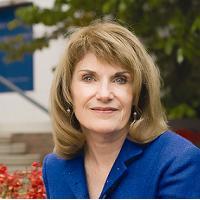 Claudia J. Coulton, Ph.D., Professor of Social Welfare and Co-Director of the Center for Urban Poverty and Social Change, Mandel School of Applied Social Sciences, Case Western Reserve University. Dr. Coulton, was appointed the Director of the Center for Urban Poverty and Social Change in 1988. Dr. Coulton has worked with her colleagues to develop an extensive database on urban poverty conditions and has published many analyses of poverty and its impact on poor people and neighborhoods. She has also published numerous articles and reports and presented papers on poverty, social welfare and urban issues throughout the United States. During her career, Coulton has been either the project director or the principal investigator of many significant research projects. While working as Poverty Center Co-Director, Coulton is also Co-Investigator of a program of study on the Impact of Poor Neighborhood Conditions on Children and Families; Director of the Comprehensive Early Childhood Initiative Evaluation; and she is directing ongoing research on the impact of welfare reform on urban neighborhoods. She serves as an advisor to several national foundations and groups. Coulton received her B.A. degree (cum laude) from Ohio Wesleyan University, her M.S.W. from Ohio State University, and her Ph.D. in Social Welfare from CWRU. She is a member of many professional organizations and has served on the boards of numerous committees and publications. Coulton was the recipient of the 1993 National Association of Social Worker's Presidential Award for Excellence in Social Work Research, and in 1989, she received the John Diekhoff Award for Distinguished Graduate Teaching at CWRU. In 1994, she was inducted into the Ohio Women's Hall of Fame.