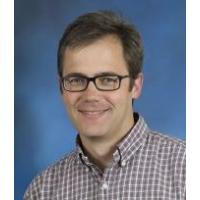 Bob Gradeck manages the Western Pennsylvania Regional Data Center at the University of Pittsburgh’s University Center for Urban and Social Research. Bob provides overall project management to the Data Center. Bob has worked at the University Center since 2009, where he managed the Pittsburgh Neighborhood and Community Information System, contributed to a number of Center research efforts and outreach projects, and helped to launch the Southwestern Pennsylvania Community Profiles.

Prior to joining the University of Pittsburgh, Bob worked at the Carnegie Mellon University Center for Economic Development for ten years, where he helped to found the Pittsburgh Neighborhood and Community Information System, and worked on a number of projects and initiatives related to technology-based economic development in the Pittsburgh region. Bob started his career at the Atlanta Project, where he helped lay the foundation of one of the nation’s first neighborhood information systems. Bob received a Bachelor’s degree in Urban Studies from the University of Pittsburgh in 1993, and a Masters of City Planning from the Georgia Institute of Technology in 1995.

Bob serves on the Executive Committee for the National Neighborhood Indicators Partnership, and also plays a leadership role in Open Pittsburgh, the region’s Code for America Brigade.